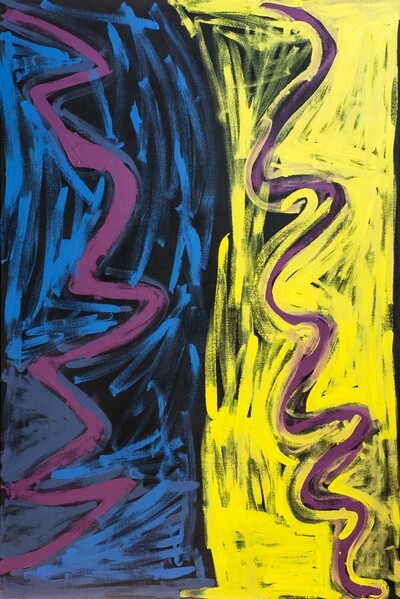 
The dreaming is about two snakes who were laying down. They were sleeping. After this, the two snakes went to karrkurinkitja with the two men were looking after the two snakes.They went north and one of the men began to sneeze and the other man went to look for something. And the other men were coming behind him and the two snakes went straight but they did not go into the hole, they went past the hole. But Kurningka went looking, the clouds were coming towards them. The snakes were travelling and the water was rising, and the lady snake went in the ant's hole and thi other one was outside and Kurningka was saying, 'water is coming closer'. The other snake was big, too big for the hole, and the other one went in. The Kurningka cut the snake and a lot of fat came out.