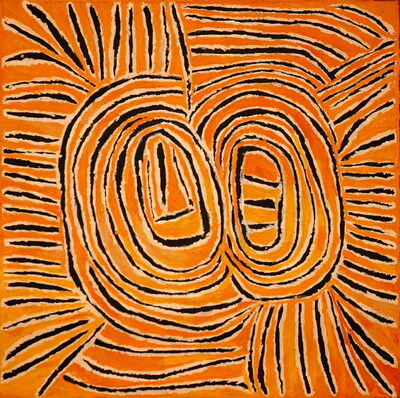 
This painting depicts designs associated with the rockhole site of Umari, situated in sandhill country east of Mt Webb in Western Australia. The roundels in the painting represent rockholes at the site while the lines represent the rows of tali (sandhills) which surround Umari.