Kayili Artists is located in Patjarr, the smallest community in the Ngaanyatjarra Lands and perhaps the most isolated place in Australia, sitting at the end of a 240km, one-way dirt track.
The art centre opened in 2004 and its artists were to almost instant acclaim.

Painting practice in Patjarr has been built on a program of bush trips. During these interruptions of the artists´beloved time hunting, the most beautiful (often collaborative) artworks are created.

In 2015 Kayili Artists formally amalgamated with Warakurna Artists as an answer to the slow erosion of the population base in Patjarr. This ensures that the artists of Patjarr – still painting their undiluted versions of desert life and preferring to go hunting – retain access to art services,

Among the most important artists represented by ARTKELCH are Fred and Ngipi Ward. Nola Campbell joins the stable as the most promising emerging talent of Patjarr. 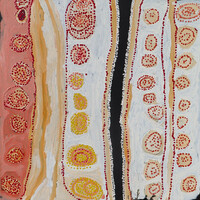 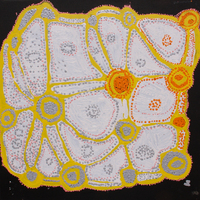 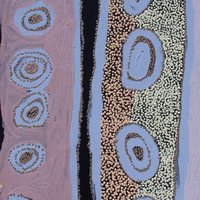 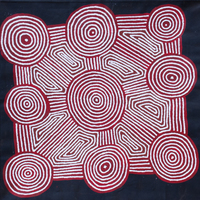 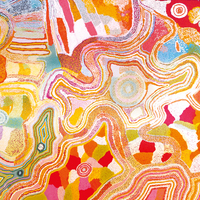 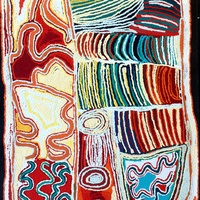