The Eastern Desert is located north east of Alice Springs on traditional land of the Anmatyerr and Alyawarre language groups. The homelands of the Alyawarre cover around 17,000 square kilometers right across Ammaroo, Murray Downs, Elkedra, Derry Downs, Utopia, Lake Nash and Urandangie station.

The region became famous when some 80 plus artists from the Utopia region started to work on batik in the early 80´s. It is the home of Emily Kame Kngwarreye, who is probably the most celebrated Aboriginal artist of Australia´s deserts. It was her artwork 'earth creation' to be the first to exceed the 1-Million-Dollar-mark at auction.

From the Eastern Desert ARTKELCH represents the Artists of Ampilatwatja (pronounced um-bludder-witch), a community that is located about a half day trip from Alice Springs. With it´s 650 inhabitants it is the largest of three communities under the Aherrenge Aboriginal Association. Their country spans three cattle stations: Ammaroo, Derry Downs and Elkedra.

Utopia does not belong to the artist portfolio of ARTKELCH, since the artists never managed to found and run their own company. Most of them work for private dealers in and around Alice Springs. 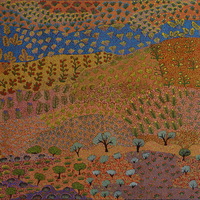 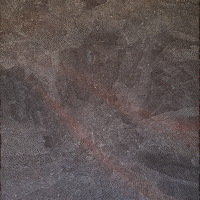 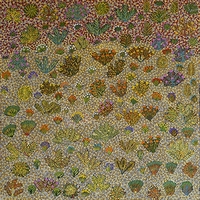 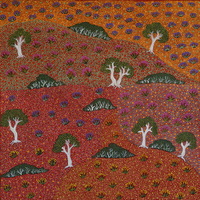 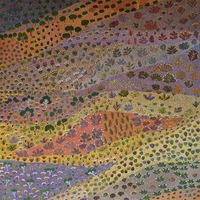 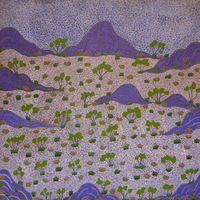 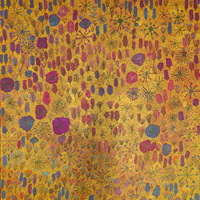 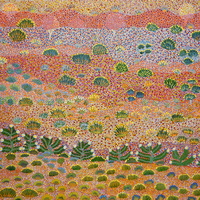 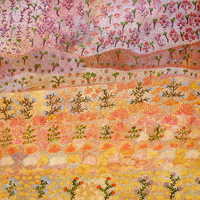 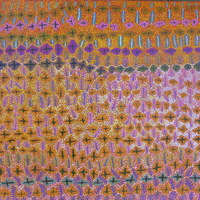 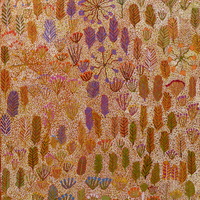 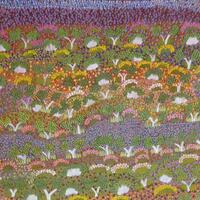 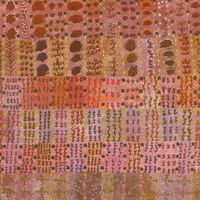 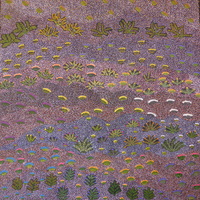 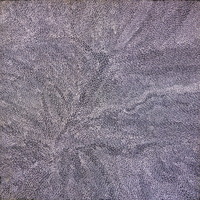 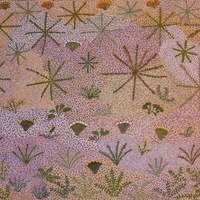