'There is a great world art tradition that is still scarcely known to people beyond the region that produced it. Right across the Pacific, from New Guinea to Hawai’i, Islanders have painted barkcloth, occasionally figuratively, more commonly out of a dazzling, irregular, organic geometry. Though the art has been created for centuries, very likely for millennia, it is very much alive today. Its most brilliant living exponents are the women of Ömie, of Oro Province in Papua New Guinea. Their practice is at once based deeply in ancestral aesthetics, varied in its stimuli, and relentlessly experimental.' (Professor Nicholas Thomas, Director of Museum of Archaeology and Anthropology, University of Cambridge, UK, 2012)

Papua Neuguinea´s Oro Province in the south-east of the country has a long tradition of producing barkcloth (or so-called tapa). They are the customary textile of the Ömie. Women wear nioge (skirts) while men wear givai (loincloths). Barkcloths are still worn today by Ömie men, women and children during traditional ceremonies and play a critical role in defining their cultural identity. The story of the survival of Ömie barkcloth painting to the present day is entirely unique. The Ömie have managed to preserve their ancient tattoo designs through the women’s strong barkcloth painting tradition and to keep Ömie culture strong.

At the same time, Ömie Artists are creating barkcloths for the fine art market. Through landmark exhibitions in Australia, New Zealand, Canada, the US and recently Europe they have become famous all over the world. Their exquisite barkcloth art of a highly sophisticated and visually arresting nature has quickly become one of the most exciting contemporary art movements in the Pacific region.

Women prepare the barkcloth by harvesting the inner layer of bark of rainforest trees which they rinse and then fold and pound repetitiously on flat stones using black palm mallets until a strong, fibrous sheet of cloth is produced. A rich and earthy palette of natural bush dyes including red, yellow, green and black pigments are created from fruits, ferns, leaves and charcoal. Ancient clan designs are painted in freehand onto the cloth or the cloth is dyed in river mud and the designs are appliquéd using bat-wing bones. 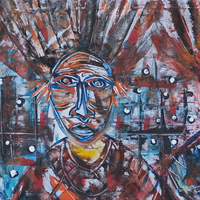 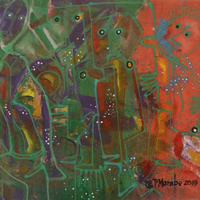 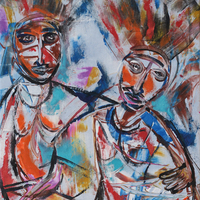 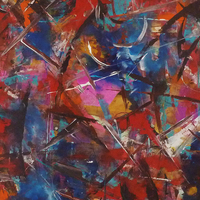 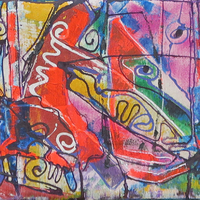 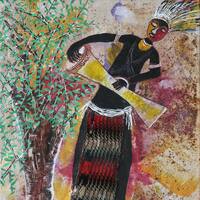 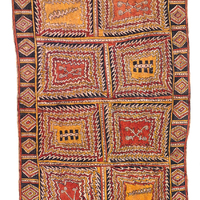 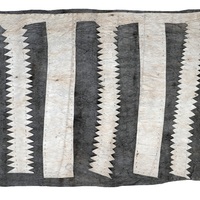 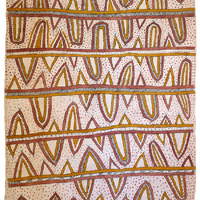 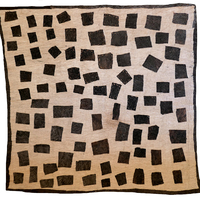 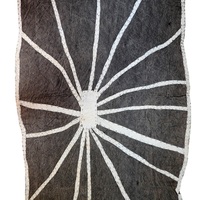 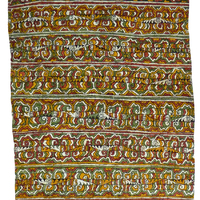 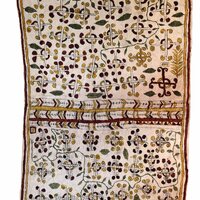 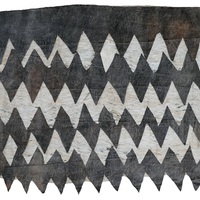 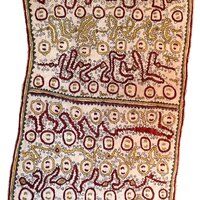 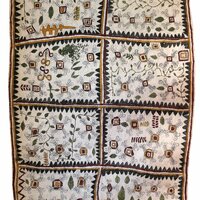