The Minyma Kutjara Arts Project is simultaneously both the oldest and newest art centre in the Ngaanyatjarra Lands. The art centre is located in Wingellina (Irrunytju), a small community, which is just a few kilometres from the 'tri state border' – where the boundaries of Western Australia, South Australia and the NorthernTerritory meet.

In 2001, Irrunytju Arts became the first art centre in the Ngaanyatjarra Lands. The artists and their works gained immediate attention for their distinctiveness and sheer difference. By the mid-2000s, however, this commercial pressure had played out in brutal ways and the community-owned art centre was absorbed into a private dealer model and Irrunytju Arts was effectively finished. Then, in 2012, after several years without any artist cooperative, Minyma Kutjara Artists began working with artists and facilitating 'new' paintings from Irrunytju.

The most well known artists from this art centre are the senior artist Roma Butler and Ivy Laidlaw which are joined by Diane Dawson, the emerging talent of Minyma Kutjara at ARTKELCH. 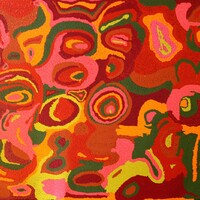 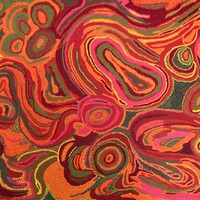