Warakurna is a remote community in the Ngaanyatjarra Lands, approximately 330 km west of Uluru (Ayers Rock), near the border to the Northern Territory. The township of approximately 180 people is nestled among the Rawlinson Ranges in the Gibson Desert. Due to its proximity to the Giles Weather Station which was built when the British were carrying out secret atomic tests in the 1950/60s, Warakurna is the place with the longest history of contact between Ngaanyatjarra and white people.

Warakurna Artists opened its doors in 2005 and services artists in Warakurna as well as in the nearby (110km to the west) community of Wanarn, where the Lands' aged care facility is located and to where many of the great Ngaanyatjarra artists retire. The Tjilpi and Pampa (old men and old women) program has fostered some remarkable late-blooming art careers and created an entire subcategory of Ngaanyatjarra art characterised by a minimalistic style, a looseness of technique and a richness of content. which has striking parallels with Western art brut.

Out of the „Wanarn painters of place and time“ we have selected Carol Golding, Myra Cook (dec.) and Neville McArthur.

Another dimension to the dexterity in Ngaanyatjarra art are the so-called history paintings. Here, the artists leave the abstraction that is their standard creative calling card, and turn to figuration. In these works, artists paint (and, increasingly, add objects to their paintings, creating three-dimensional works) historical vignettes from first contact stories to aspects of recents community life.
Here we proudly represent Eunice Porter, winner of the Western Australian Artist Award 2015 who is the most prominent artist of this new and fascinating genre of desert art. 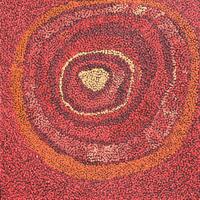 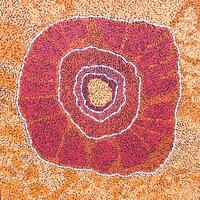 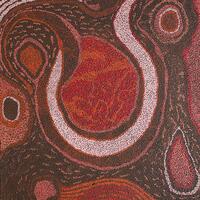 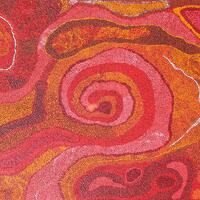 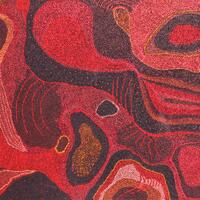 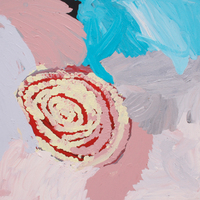 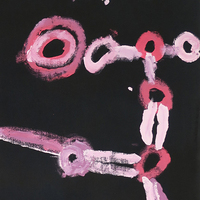 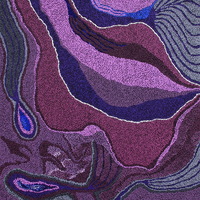 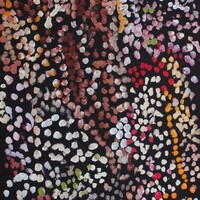 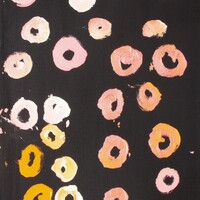 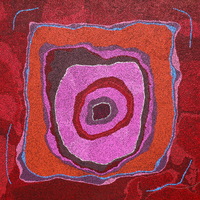 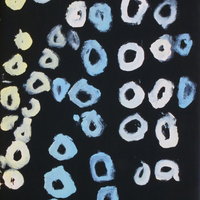 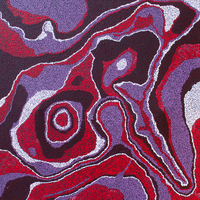 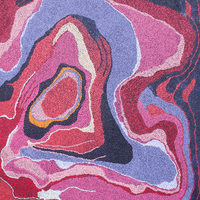 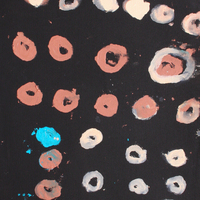 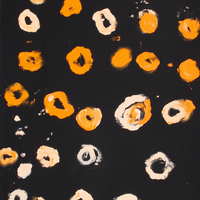