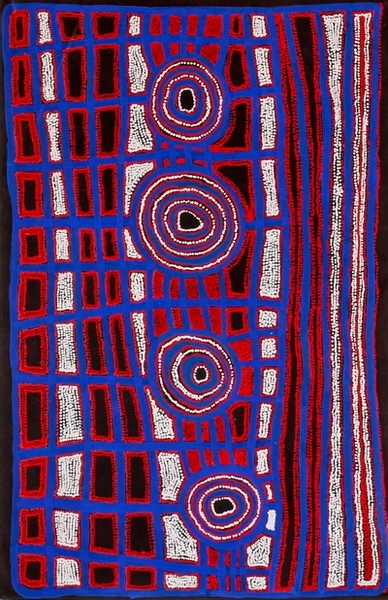 
Ian has depicted country or significant sites associated with Wati Kutjara Tjukurpa (Two Men Creation Line). This is an epic that follows two water serpents, a father and his son, as they travel south through Sinifex Country on ceremonial business. The young son is volatile and the father watches him carefully. These are Creation beings who manifest as man and animal. Powerful shape shifters who carve and mould the story and the landscape as they move through it. At Kamanti, the two men leave their presence in the form of rockholes that serve as ever present reminders of the power involved and still present today.