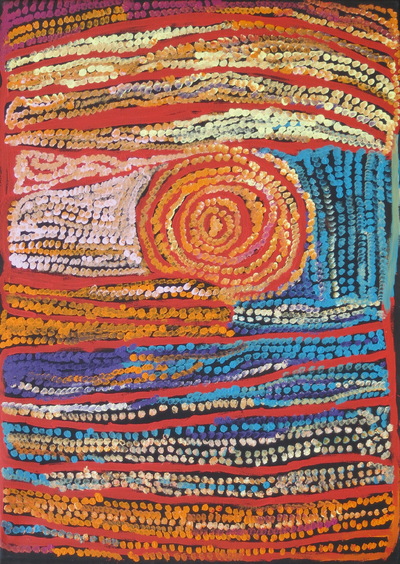 
Nyarapayi’s painting depicts a site called ‘Warmarungu’ near Karku, her birthplace. This is where the ochres are collected for ceremonial use. In the dreaming times many emus went down into the rockholes and some took the form of trees. The ochre is excavated in a special way using a stick, and Nyarapayi paints the emu spirits which are released during this ceremony to again take physical form. Her paintings show the travels of the emu in the dreaming times and the rockholes they stopped at.