Papulankutja Artists was founded in 2000 and is the oldest continually operating art centre in the Ngaantjarra Lands and especially well known for its works made out of grass (tjanpi) and wood (purnu). It services artists in Blackstone (Papulankutja) and Jameson (Mantamaru, 90 km to the east).

The art centre shares its name with the community, which is sited between the Blackstone Ranges in the south and the dune fields in the north. These two landforms embody the Wati Kutjara Tjukurpa (Two Men Dreaming), which see the yellow goanna man (sand dunes) and the black goanna man (mountains) playing tricks and not recocnizing each other at Blackstone. This is the meaning of Papulankutja, the Indigenous name of the community.

In 2014 the art centre containing most of their art work fell victim to a disatrous fire. To give support to the art centre to continue with ist work, ARTKELCH gives the senior artists Tjayanka Woods (dec.), Anmanari Brown and Anawari Mitchell the chance to show some of their beautiful works in Germany alongside a small contingent of works by Janet Forbes, Elaine Lane, Angilyiya Mitchell and Thomas Reid as representatives of the second generation of Blackstone artists. 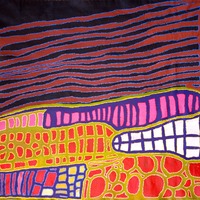 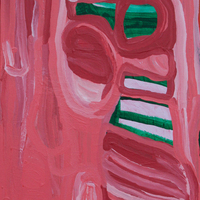 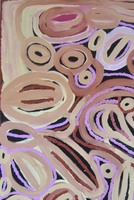 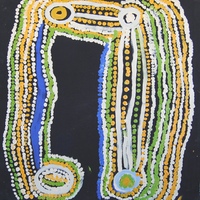 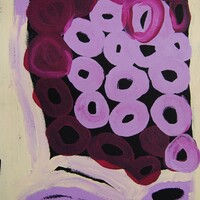 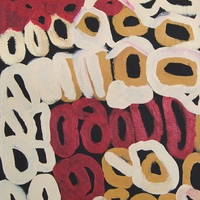 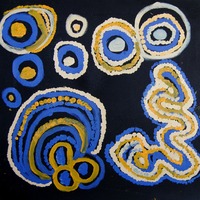 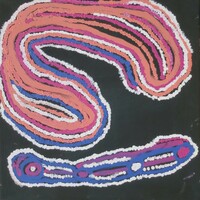 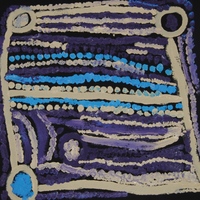 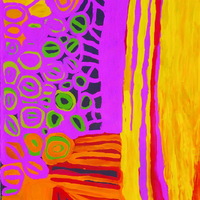