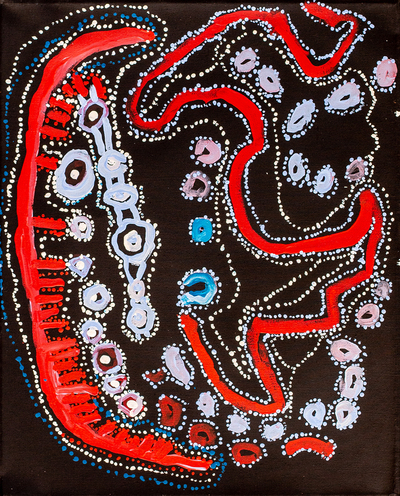 
Lawrence Pennington is a senior initiated man from Spinifex country. At the time of Lawrence’s birth in the early 1930’s, his people The Spinifex People had no contact with western civilisation. Lawrence grew up as a young boy living a fully traditional hunter-gatherer life. His initiations as a young man in this country have given Lawrence intimate knowledge in a physical as well as a spiritual sense of the sites and stories of the area he was born and responsible for. Lawrence paints many sites in

In this work Lawrence has painted Pukara, the story of the two serpent men.