The artists cooperative is situated in Tjuntjuntjara in Spinifex Country, where most of the artists still live a semi-nomadic life. Until recently there had not even been an art centre here. Painting equipment had been gathered up, a sunny or shady spot – depending on the season – had been sought, the sand swept flat and painting had begun, often a communal effort on one canvas, men and women separated according to traditional gender segregation. Two such wonderful communal works are in the collection of the State Museum for Ethnology in Munich; another four are in important European private collections, one of which belongs to Prince Stefan von und zu Liechtenstein. The art movement has its roots in the land rights movement. In the 60’s, when the British were carrying out secret atomic tests on their land, the Spinifex People became representatives of the modern world overnight. In the 80’s they decided to regain their land by painting and documenting more than 500 sacred sites. Native Title of more than 55,000 square kilometres was finally granted to them. Among the most important artists are Simon Hogan, Roy Underwood, Tjaruwa Woods and Ngalpingka Simms. Recently Lawrence Pennington, Carlene West, Myrtle Pennington, Anne Hogan, Ian Rictor and Byron Brooks have been receiving a lot of attention with their excellent work. Tjaruwa Woods and Ian Rictor are two of the ˈlast nomadsˈ in Australia. Until 1986 they had no contact with the white world. 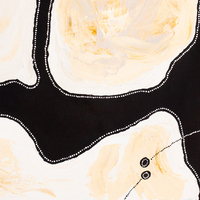 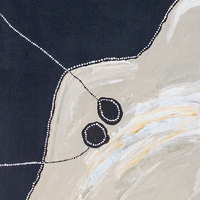 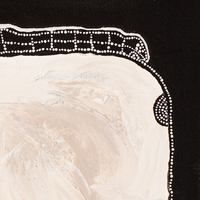 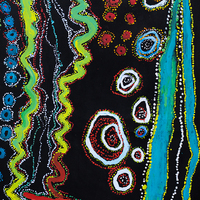 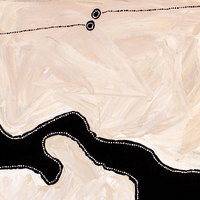 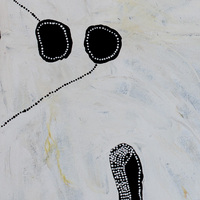 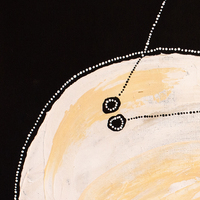 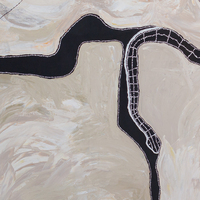 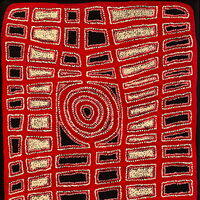 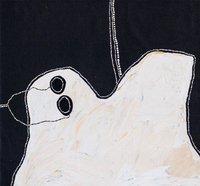 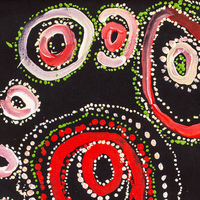 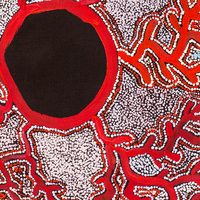 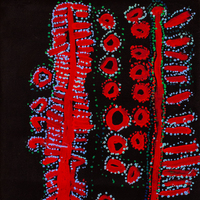 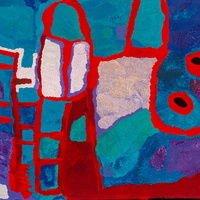 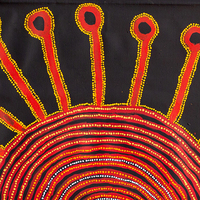 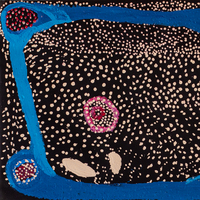