The APY Lands cover 103,000 square kilometers of desert in the north of the state of South Australia. APY stands for Anangu (indigenous Australians) Pitjantjatjara Yankunytjatjara, two language groups, whose traditional homelands are located there. In 1981 it was returned to the indigeneous population living there as Aboriginal Freehold Title Land.

To reach the Eastern APY Lands you drive about 400 km south of Alice Springs and then turn right onto the Mulga Park Road to get to the Musgrave and Everard Ranges in the South West. Here is the land that Anangu call their nganampa ngura walytja, the country of their spirit. Hailed as the ˈthe last frontier of traditional desert artˈ four small art centres are currently taking the Australian art world by storm. Passed down orally for millenia, the songs, the dancing and the painting are so intertwined that we must assume that the artists can actually hear forms nd colours and, in turn, that the sacred songs themselves from the Inma (ceremonies) are converted into pictures in their work.

Ernabella Arts, Kaltjiti Arts, Mimili Maku and Iwantja Arts are yet fledgling in the Fine Arts segment but already some very promising artists with a distinct style on their own are shaping up, inspired by the synaesthetic powers of their spirit creators. 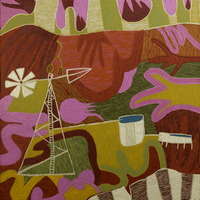 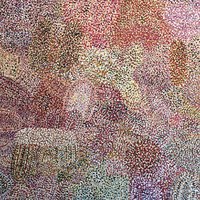 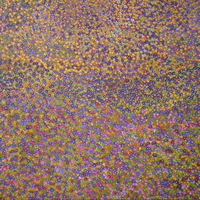 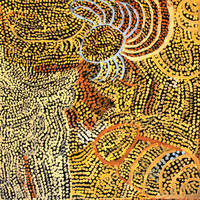 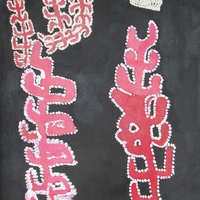 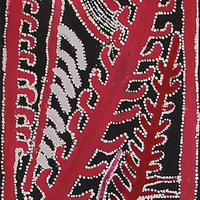 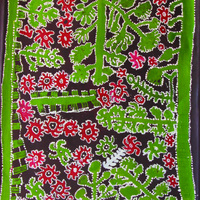 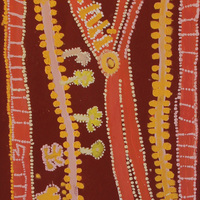 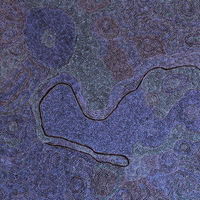 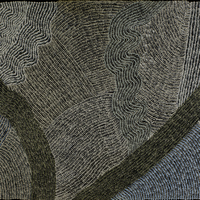 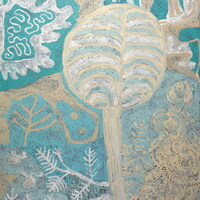 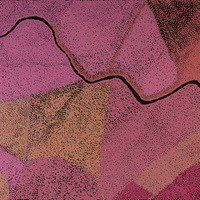 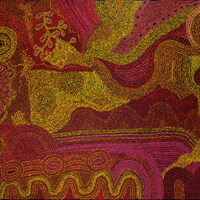 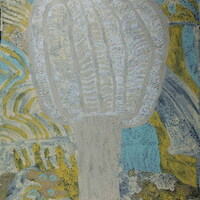 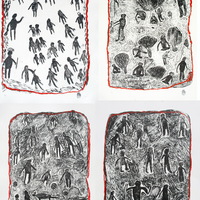 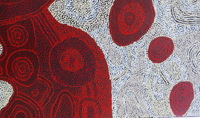